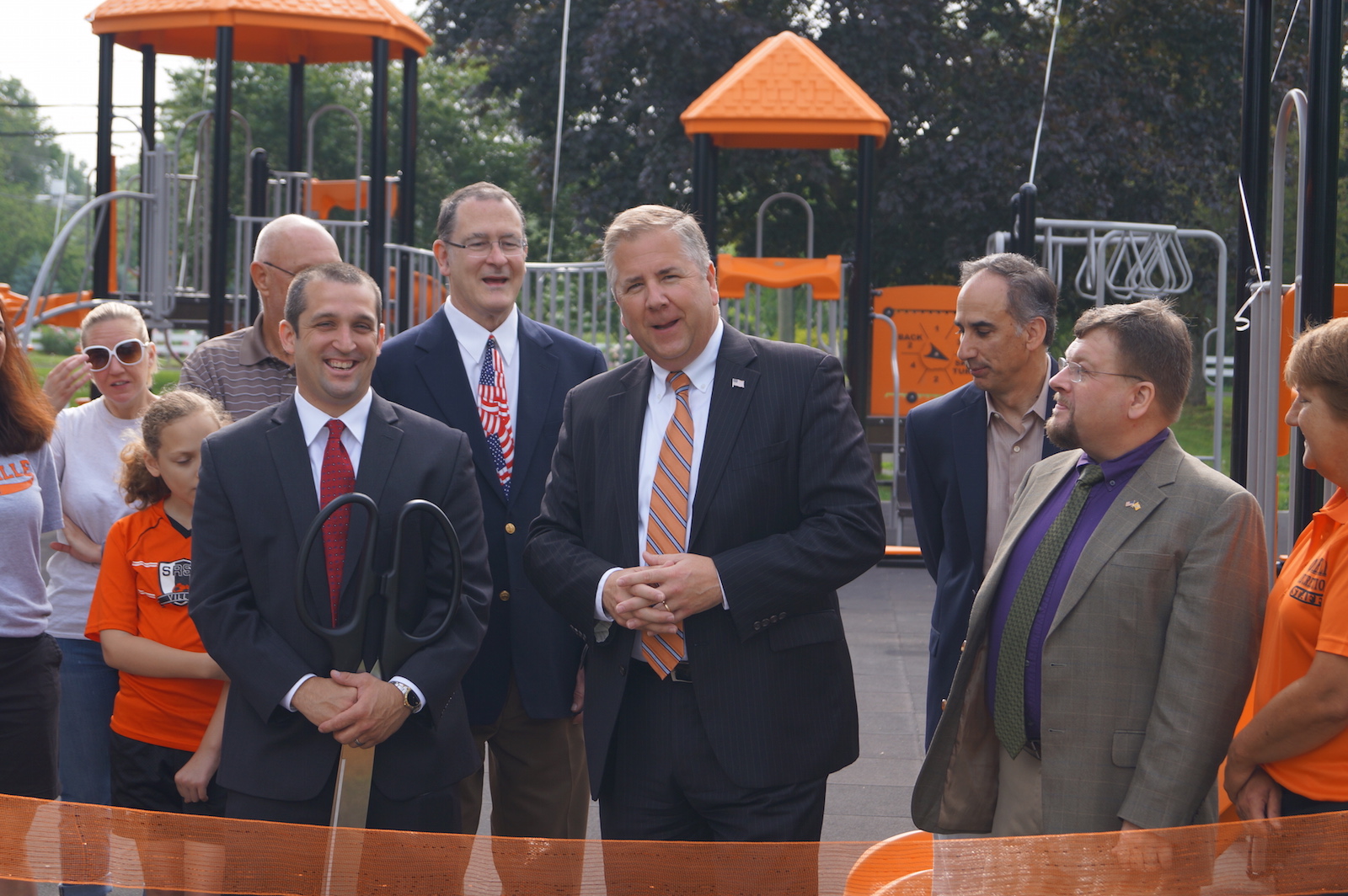 Medicor Cardiology has donated an Automatic External Defibrillator (AED) to Somerville Recreation for use at the Carol Pager Park.

An AED is used to detect an irregular heart rhythm from the lower chambers of the heart, called ventricular fibrillation, the rhythm which causes sudden cardiac arrest.  If this arrhythmia is found, the AED then provides a shock to the heart, a life saving treatment which aborts the arrhythmia.

Sudden cardiac arrest occurs in 450,000 people in the United States each year and is usually fatal.  It is most commonly caused by a heart attack, but it can occur if a projectile, such as a baseball, strikes the chest at just the right time in the heart cycle. With sudden cardiac arrest, the arrhythmia prevents the lower chambers of the heart, the ventricles, from pumping blood to the body. If no blood is being pumped to the brain, the victim passes out and collapses. If a patient suffers sudden cardiac arrest, the sooner the patient is shocked, the greater the chance of surviving. Fifty percent of victims of sudden cardiac arrest survive if shocked within two to three minutes, but only ten percent will live if the shock is more than ten minutes from the time of collapse.  Timing is everything and having an AED as close as possible to potential victims can be life saving.

On June 4, 2016, Medicor Cardiology presented the AED to Somerville Recreation solidifying Medicor’s long-term commitment to the heart health of the Somerset County community. Dr Steven Georgeson arranged for the AED and represented Medicor Cardiology at the ceremony. The AED will be kept in a prominent location next to the snack shack.